BlogEngine.NET 2.0 was released just before Thanksgiving this year, and it includes a bunch of major changes, the most noticeable of which is the drastically improved admin dashboard.

There are also a number of external-facing improvements too such as jQuery out of the box, SEO improvements, and so forth. I contributed one small improvement to BlogEngine.NET 2.0, and that was the alternative captcha engine I wrote – Recaptcha causes as many problems as it solves and was rife with bugs in BlogEngine.NET 1.6 [footnote: just ask the people who were trying to comment on my post on ASP.NET MVC3 Remote Validation the other day].

SimpleCaptcha was inspired by the captcha engine Jeff Atwood used on Coding Horror for so many years, where he asked his bots to politely type in the word “orange.” In that vein I decided to follow in his footsteps.

The default SimpleCaptcha out of the box looks like this: 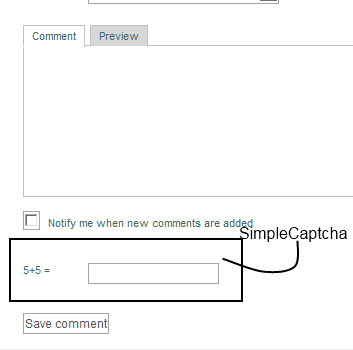 Of course you can modify the captcha prompt and answer in the extensions panel like so: 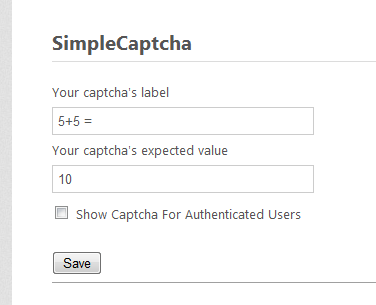 One of the things that happened in BlogEngine.NET 2.0 was a major refactoring of how extension settings are stored, so a number of really simple extensions like my Subscribe Remind BlogEngine.NET Extension were broken in the process.

Many other basic extensions may have been broken in the process of upgrading to BlogEngine.NET 2.0, so make sure you check your App_Code folder carefully when you upgrade. Virtually any extension that saved settings data has been subject to breaking changes.

I’ve also updated this blog’s theme – I wanted a theme that I could call my own, so I hacked and hacked the Inove and Indigo themes until I had something I was happy with. My goal here is to try to maximize readability and I really need your feedback to make that possible, so please let me know if you find my blog difficult to read in any way, shape, or form.